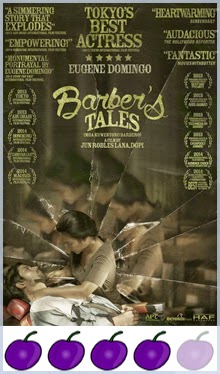 
Could this film get any more hype? Well, in the Philippines it could use some because my audience when I saw it was only a handful and its marketing is virtually non-existent here. But internationally, Barber's Tales is a big deal especially after winning several awards such as Best Actress for Eugene Domingo at the 2013 Tokyo International Film Festival, Best Director for Jun Robles Lana (also director of Bwakaw; writer of Jose Rizal, Muro Ami, Bagong Buwan) at the 2014 Madrid International Film Festival and was also awarded 3rd Place, Audience Award at the 2014 Udine Far East Film Festival. Amazing!

So all these awards set the bar high prior to watching the film. I think it's safe to say that it lived up to it because the craftsmanship of director Jun Robles Lana who also wrote the film was fully established. It's artsy, it's neat, it's beautifully shot and is something to be taken seriously. Like Bwakaw, its setting focused on a small town province in the Philippines but this film tackled a crucial period in the Philippine history which is the Marcos regime during the height of rebellion.

Not gonna lie, it's a bit surprising how heavy the film actually is. I expected it to be dramatic but I didn't anticipate the importance and the history that it enacted. It's a good thing because the Philippine cinema, from what I've observed, is lacking period dramas lately and Barber's Tales is a refreshing Filipino film that can be added among other great historical films like Dekada '70 and Aishite Imasu 1941: Mahal Kita to name a few. So lots of kudos to Jun Robles Lana for continuously writing and directing films that are relevant, films that showcases Philippine history. Also, much like Dekada'70, one of the elemental themes of Barber's Tales is women empowerment.

However, Barber's Tales is not the most exciting and gripping film. Its pacing is a bit monotonous, building so many characters, story-arcs in the middle. But the slow build up is rewarding in the end as it made the shocking events even more electrifying like a cobra finally eating its prey after keeping an eye on it for so long. Okay, that's a strange comparison but it's totally apt. The last 10 minutes of the film is very exhilarating. It doesn't hurt that the film surprised its viewers with a pleasant cameo by a superstar. :3 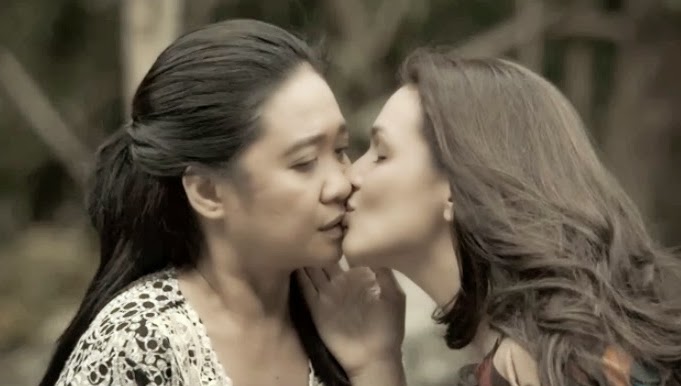 We're so used into laughing at Eugene Domingo's antics in movies but here, she never tickled anyone's funny bones. Most of the time, she's in her depressing facial expression mode that got a little tiring at some point, but there's really nothing more we can ask for with this actress. She's phenomenal whether in drama or comedy. "Death defying stunts and full frontal nudity? CHECK." I still prefer the funny Eugene though and the good thing is, it will always be there. Her performance in Ang Babae Sa Septic Tank will never be outstripped. TV PATROL ACTING :). Aside from Eugene, the film's ensemble is pretty rad. Great performances from Eddie Garcia, Gladys Reyes, Nonie Buencamino, Nicco Manalo, Iza Calzado and Sharmaine Buencamino.

It's rare nowadays to witness a great Filipino period drama so I really hope this film gets the number of audience it deserves. It won several awards for a reason. For Filipinos who keep on complaining about the never-ending mainstream love stories, well Barber's Tales is not mainstream for one, and it's definitely not a love story. So no more excuses. LOL #sapilitan